This restaurant in Chennai is giving South Indian food a modern twist, here’s why …


Think Chettinad cuisine and you can’t be blamed for conjuring up images of 65 chicken, prawns Thokku or lamb Chukka accompanied by the best Kal Dosa, white rice or Veechu Parotta in offer. It’s no wonder, then, that traditional ‘messes’ like the Velu Military and Pattukottai Kamatchi messes have become legendary in Chennai, serving one rustic offering after another on banana leaves that gets your hands dirty while you dig. . .

You don’t get any of this at Avartana, the South Indian fine dining restaurant at ITC Grand Chola in Chennai. No banana leaves, tubs full of sauce, fried fish pulled out of the pan. The dishes do not have local names either.

South Indian cuisine the size of a bite

What you get is bite-sized tasting portions dipped to perfection with a Michelin star, hardly South Indian, definitely not Chettinad, the smallest steamed sea bass fillet on a bed of emulsion of fermented gongura and rice. With butter. Soon after, a chicken with coriander arrives, with mini Apparatus on the side.

Twelve dishes finally make it to the table, including mussels in coconut broth with string hoppers (idiyappams), a banana chili pork cookie, and a citrus coconut with filtered coffee-flavored ice cream on the side. Suddenly Avartana’s food is as South Indian as it isn’t. There is a happy confusion. Apparently, it is deliberate.

“We feel the need to be different in the South Indian dining space,” says Ajit Bangera, Senior Executive Chef at ITC Grand Chola, and one of the main men behind the Avartana menu. “When I was traveling and trying new food, I always chose a tasting menu for the full experience,” he adds. “I thought I could put together a tasting menu here. The only problem was that we weren’t sure India was ready for it.”

That perception was understandable: Indian cuisine is meant to be shared. Ajit Bangera took the plunge anyway, a gamble that seems to have paid off. The goal was simple: to prepare a South Indian tasting menu that would appeal to palates from around the world. “In doing this, however, we had to be careful not to lose the essence of South Indian food,” says Bangera.

‘I wanted to inspire intrigue’

A great place to start was the Rassam, an undisputed staple of South India. Only Avartana serves it from a coffee press into a Martini glass, almost as if you would consume it as a beverage rather than the watery concoction that is placed over white rice.

More cutting edge is coming soon: a lamb brain fry with a small slice of rava dosa as fondant, the house favorite dessert at Fennel Panna Cotta, which looks like an egg in a nest before breaking it with your dessert spoon. “While we were aware that presentation couldn’t come at the cost of flavor, we also realized that it was equally important for diners to ask themselves: how did they come up with this?” says Bangera, “We wanted to inspire intrigue.”

In keeping with the universal appeal and presentation, Avartana has also introduced foods that may be at risk of being perceived as foreign to South Indian cuisine. Much like the cilantro shrimp dumpling, except that dumplings have always been a part of Tamil cuisine, better known by its colloquial name, kozhukattais. “We also tried to use cooking techniques that go beyond India like stir fry, Sous vide and stew,” says Bangera, “The food had to have universal appeal.”

Part of that attempt to satiate diverse pallets has also undergone a great evolution. In her four-year journey so far, Avartana has dropped some dishes, birthed new ones, and kept a few favorites. For example, their popular simmered pork with an edible ghee candle gave way to the candle used over raw mango pudding, as not all diners ate pork. “We have also started to use a lot more fermentation in our food, as the process provides a new level of Umami,” says Bangera.

However, why remove local names? Surely any ambassador for local cuisine should sound as authentic as its taste, except that it was never intended to begin with.

“We felt it was important not to give classic names to dishes, because these are not classic dishes in the first place,” says Bangera. “When we start giving dishes classic names, everyone becomes an authority on what the dish should be like. That’s not what Avartana was about; we decided not to allow for interpretation,” he adds. 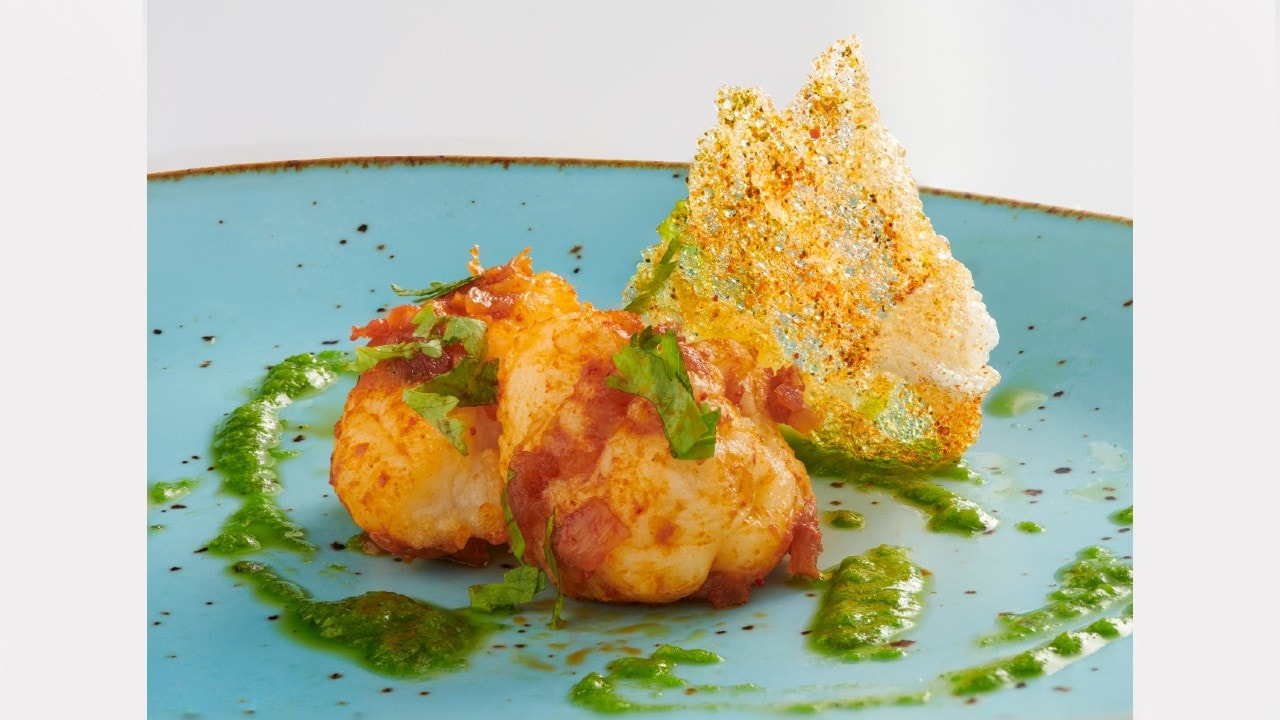 So it’s no wonder Avartana’s chefs aren’t exactly experts in South Indian cuisine, either. “We realized early on that we need chefs who were from the South, but who cooked different foods, as creativity was the key,” says Bangera. In fact, one of Avartana’s key culinary staff is Chef Nikhil Nagpal, a Chennai resident with longtime Punjabi roots.

Avartana’s popularity has caught up with the restaurant. While the concept and its dishes emerged in Chennai, restaurateurs have successfully activated pop-ups in Singapore and London, among other cities.

He is all set to open a branch at the ITC Royal Bengal in Kolkata, and at the next specialty hotel property in Colombo in mid-2022. Through these launches, his kitchen philosophy remains unchanged: Southern food. India that includes all palates.

This restaurant in Chennai is giving South Indian food a modern twist, here’s why …

Not all news on the site expresses the point of view of the site, but we transmit this news automatically and translate it through programmatic technology on the site and not from a human editor.
Facebook
Messenger
WhatsApp
Twitter
Google+
Posted by Cammile Bussière In business news Last Modified 8 months ago 8 months ago

Reliance Jio Board Approves Appointment of Akash Ambani as Chairman