Poet and essayist Ralph Waldo Emerson is often credited with advising that “life is a journey, not a destination”. Federal Reserve Chairman Jerome Powell told us Wednesday that for the Federal Reserve, it’s the destination that matters more than the journey.

The Fed announced on Wednesday that it was raising its benchmark federal funds target by 75 basis points. It’s the fourth straight hike of this magnitude, making it by far the largest series of rate hikes since the Fed began explicitly targeting the overnight interbank borrowing rate. That brings the target to a range of 3.75% and 4%, around where the effective federal funds rate was back in January 2008. At the time, however, the Fed was cutting rates. The last time the Fed reached this level on the way up was in the fall of 2005. During this cycle, the target peaked at 5.25% in the summer of 2006 and stayed there for nearly ‘a year.

In the statement announcing the hike, the Fed included new language that initially confused the markets. “In determining the pace of future increases in the target range, the Committee will take into account the cumulative tightening of monetary policy, the lags with which monetary policy affects economic activity and inflation, and economic and financial developments.” , the Fed said.

This seems to reflect some of the words of Fed critics, who have argued that because interest rate increases hit the economy with long lags, the Fed risks tightening too much if it waits to see inflation. lower before pausing its rate hikes. Stock markets saw this as a softening of the Fed’s stance, pushing stock prices higher in the market’s immediate reaction to the announcement.

At his press conference, Powell said it was “very premature” to start discussing a pause in rate hikes. Going even further, the Fed Chairman indicated that the so-called terminal rate – the highest rate target the Fed will hit that target – is likely higher than the summary of economic projections released at the meeting. of September indicated. In other words, rates are likely to go higher than Fed officials previously thought. 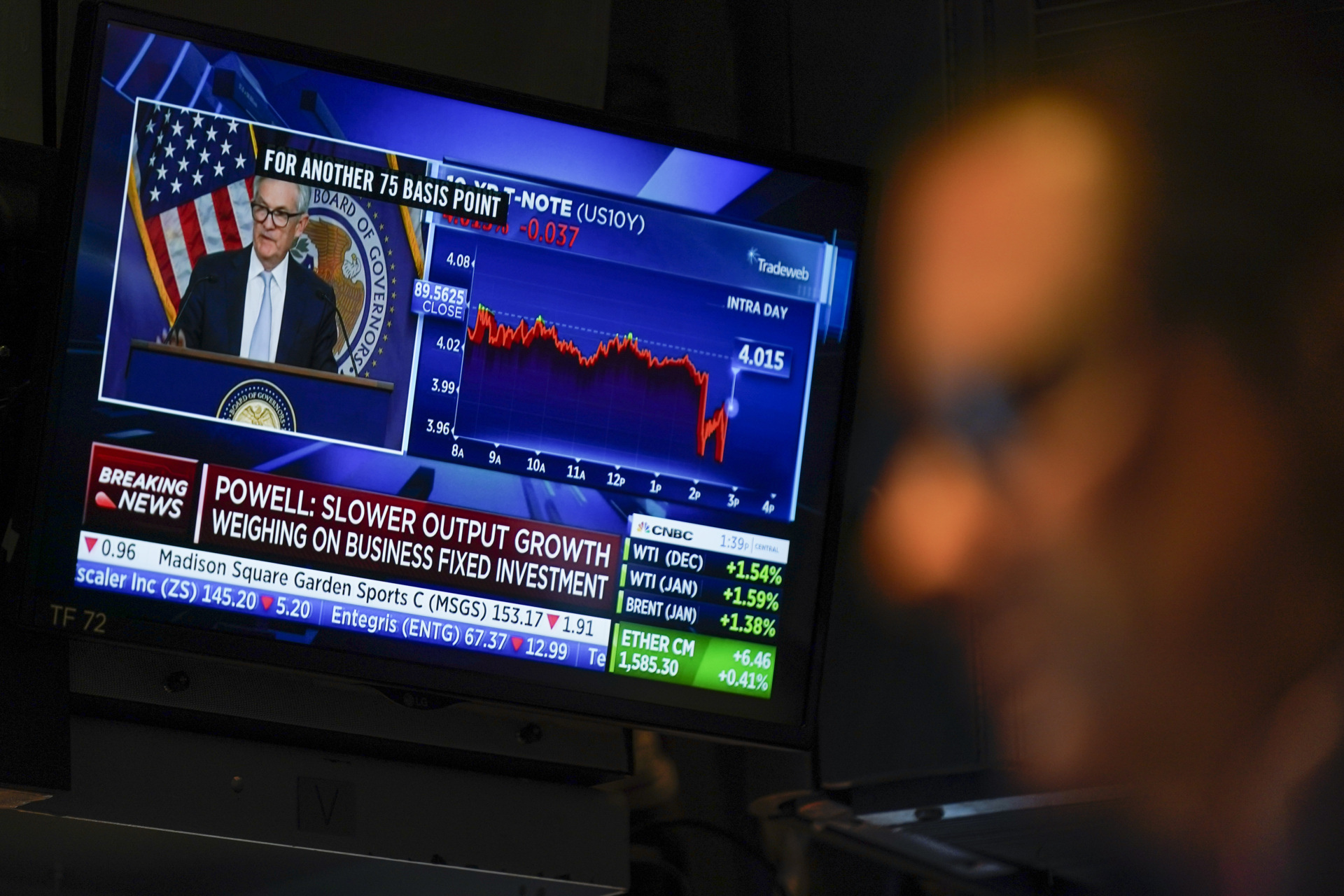 Powell said there are three questions about Fed policy people are asking. The first question concerns the pace: how fast will the Fed raise rates? Powell said the Fed acted quickly but continued focus on the pace of increases was no longer appropriate. This seems to allow the Fed to slow the increases going forward. “That time is coming, and it could be coming as soon as the next meeting or the one after that,” Powell said.

The second question is how the high rates will be raised, which Powell said was more important than the magnitude of the next hikes. “We could finally move to higher levels than we thought at the September meeting,” Powell said. The market had assumed a terminal rate between 4.5% and 5%, in line with what was indicated in the forecasts of Fed officials. Powell’s words seem to indicate that the forecast will rise closer to five percent. In other words, it is the destination that counts and not the journey.

The third question to consider is how long the Fed will maintain its target at the terminal rate. Powell was unequivocal about this. The Fed will hold it until the inflation rate credibly returns to target.

The market realized that the Fed’s message was nowhere near as dovish as it initially thought, and stocks sold during the conference. For those following, this is the second meeting in a row that Powell’s press conference has sent stocks plummeting.

Incidentally, Emerson’s phrase about the “journey” of life is apocryphal. If he ever said these words, he never wrote them down, and none of his contemporaries quoted him as having said them.

Not all news on the site expresses the point of view of the site, but we transmit this news automatically and translate it through programmatic technology on the site and not from a human editor.
Facebook
Messenger
WhatsApp
Twitter
Google+
Posted by Jeoffro René In USA news - World Last Modified 1 month ago 1 month ago