BetterPlace, a comprehensive frontline workforce management technology platform, recently released its 2022 Index Report, which showed that in FY22, eight million front line jobs have been created in the country. The report further mentions that while there is a huge demand and adequate supply of frontline workers and employable gigs in the ecosystem, their growth is stunted after some time due to a lack of digital skills. and industry specific.

“I joined this job to support my family in an emergency with the idea that I will do this and continue my preparation for UPSC and in a year I will get a better job or pursue civil services. It’s been two years, one thing led to another, and I’m still a delivery person,” said Shailesh Kumar, 24, as he handed over a delivery package with “deliver happiness” printed in bold black.

Pieceworkers are those who have a livelihood outside of the traditional employer-employee arrangement. According to the NITI Aayog report titled “India’s Booming Gig and Platform Economy”, 2020-21, it is estimated that there are 7.7 million gig workers in India, and they are expected to reach 23.5 million by 2029- 30, making it an integral part of the Indian workforce.

Despite the high numbers, a persistent problem is the upskilling of gig workers. According to CIIE.CO, a startup platform built at the Indian Institute of Management (IIM) in Ahmedabad, around 52% of gig workers in a survey of more than 4,000 people believe that their work environment makes it difficult improving skills or finding new job opportunities.

Millions of younger generation just like Kumar are accepting gigs to deal with their financial issues or make a quick buck, but with a stressful work environment and little or no opportunity for upskilling, they get stuck in a job they took because of helplessness.

Of the 4,070 people surveyed by CIIE.CO, more than 2,000 respondents were 30 years old or younger. He also pointed out that most of the respondents had worked in a gig economy platform as their first job. This is representative of the young India that sees the gig economy and its platforms as crucial sources of financial support and job opportunities.

“Gig jobs offer flexibility that helps them (the younger generation just starting out) consider multiple career options before they have to settle on one by spending time getting the education and skills necessary for the work they are interested in among the many they try,” said Ujani Ghosh, Director, Thought Leadership and Policy, IET India. 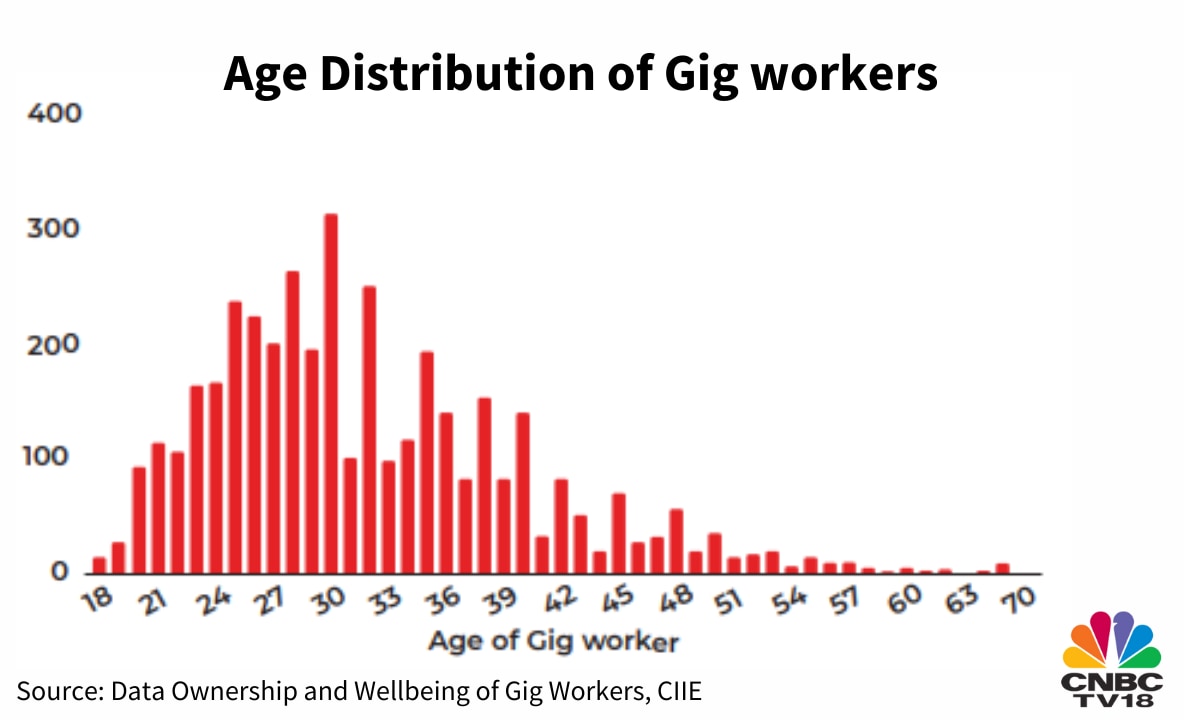 The survey also revealed that a good number of gig workers come from an academic background. Of the 4,070 people, 653 said they had a bachelor’s degree, while another 1,125 had a high school education.

Young people, especially those from low-income backgrounds, are attracted to gigs offered by platforms like Uber and Swiggy because they offer short-term income opportunities. Although they keep them employed for long periods in a career with no long-term growth trajectory.

“Now, with the increasing demands of gig platforms, instead of being short-term, temporary, optional forms of work with little or no oversight by employers, working in a gig platform has become a forced long-term commitment for those they engage,” said Shalani Bhagat, an attorney at the Supreme Court of India.

Most young people become construction workers with separate ambitions then for main reasons like being the sole income earner for their family, not having other skills for a better job and working overtime in their current shifts prevents them from changing jobs, added Bhagat, who has worked on the ground making gig workers a part of India’s economy.

Perfecting the need of the hour

“You don’t know how to do anything else that’s why you are in this job, so at least do this job properly,” said a man as he pulled his car away from the bike of 20-year-old Rajesh Yadav, who hit his car at a crossroads.

Kumar, who migrated from Begusarai, Bihar, to Delhi in 2021 to prepare for engineering exams, took a gig job to manage his finances, now it’s been almost a year, and he couldn’t change to due to financial and workload issues and no way to improve. 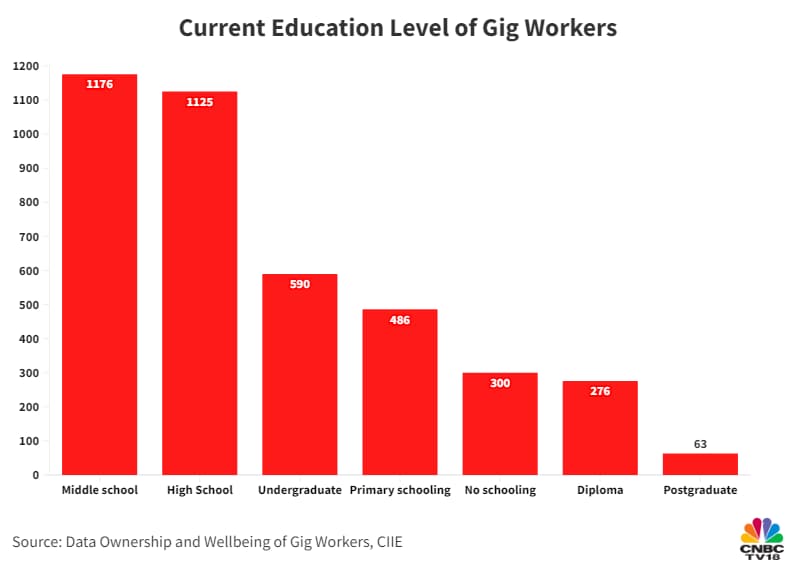 BetterPlace, a comprehensive frontline workforce management technology platform, recently released its 2022 Index Report, which showed that in FY22, eight million front line jobs have been created in the country. The report further mentions that while there is a huge demand and adequate supply of frontline workers and employable gigs in the ecosystem, their growth is stunted after some time due to a lack of digital skills. and industry specific.

Gig labor workers must receive advanced training that matches demand and skills relevant to the market for professional roles and jobs of the future, Ghosh stressed.

“While it is important to have great interpersonal skills, networking ability, agility, critical thinking and industry knowledge, it is equally important to keep abreast of the role the company plays. technology and automation and plan to work in tandem with them,” he said. added.

With the changing world, the reach of the gig economy has also expanded. With the development of construction workers, the acquisition of 21st century skills such as communication, information literacy, technology literacy, creativity and critical thinking will become vital. The CIIE.CO report highlights that upgrading skills can help gig workers adapt to market needs and grow in and out of the gig economy.

“We need to use these technologies to enable all of our employees, including gig workers, to produce the best results. Because happy employees = happy customers and a more productive workplace,” Mishra said.

Government and business are working to make on-demand worker upskilling possible. Policies such as Skill India Mission and India’s National Policy for Skills Development and Entrepreneurship (MSDE) have focused on this, and online food delivery platform Swiggy has announced a skills initiative to provide opportunities learning opportunities to thousands of delivery executives and their children.

According to Ghosh, to improve the skills of workers, it is important for employers that on-demand workers are part of the team that can contribute to the design of platforms, and their role should go beyond simple digital correspondence. .

“Workers should be given written contracts as well as minimum wage protections. This would be beneficial, especially for the female workforce,” adds Ghosh.

According to BetterPlace, skills related to business outcomes, e-commerce skills, workplace effectiveness skills, and technology skills are most in demand by gig workers and should be targeted by skills development platforms , government initiatives and businesses.

“Upskilling construction workers isn’t just about learning a new skill, for many it’s about gaining a new identity, moving forward to gain more respect, more financial well-being, and mentally, so it is high time to give it due importance,” Bhagat said. .