Russian President Vladimir Putin and Ukrainian President Volodymyr Zelensky were both reportedly involved in car accidents in the past 24 hours.

Zelensky’s accident, which the Ukrainian government has confirmed, was said to have been a minor collision with another vehicle that resulted in no serious incident, while a much less well-documented Russian report described Putin’s incident as a assassination attempt.

There is no doubt that editorial cartoons are on the drawing boards around the world showing the two leaders clashing with each other, but there is no obvious connection between them. Zelensky was return in the Ukrainian capital of Kyiv early Thursday morning after visit Izyuma city recently liberated from Russian invaders during a major Ukrainian counter-offensive, when a car reportedly hit its motorcade.

“A car collided with the President’s car and his escort vehicles in Kyiv. The president was examined by a doctor, no serious damage was detected,” Zelensky’s spokesman Serhii Nykyforov said Thursday morning.

According to Nykyforov, Zelensky’s personal doctors provided emergency assistance to the driver of the other vehicle, who was then taken to hospital by ambulance. Zelensky then recorded his routine daily address without mentioning the incident at all.

Ukrainian law enforcement officials are reportedly investigating the crash. As of Thursday morning, they had released no information about the driver of the vehicle that hit Zelensky’s motorcade, or any other details about the incident.

LANCHYN, UKRAINE – JUNE 25, 2020 – A motorcade of Ukrainian President Volodymyr Zelenskyy, who is on an urgent work trip to the Ivano-Frankivsk region, moves along a flooded street in the urban-like settlement of Lanchyn, in the Ivano-Franivsk region in western Ukraine. (MARKIIAN LYSEIKO/Ukrinform/Future Publishing via Getty Images)

“All circumstances of the accident will be found out by law enforcement,” Nykyforov said. promised.

The least likely incident involving Putin reportedly happened while the Russian leader was en route to his official residence in Moscow when his convoy was hit by an attack straight out of an action movie. The alleged incident was described in a post on a private anti-Kremlin Telegram channel called SVR General and transcribed by the UK Mirror:

“On the way to the residence, a few kilometers away, the first escort car was blocked by an ambulance, [and] the second escort car drove around without stopping [due to the] sudden obstacle, and during the detour of the obstacle.

In Putin’s car, “a loud bang sounded from the left front wheel followed by thick smoke”.

Putin’s car “despite control problems” made its way out of the scene of the attack to reach the security of the residence. “Subsequently, the body of a man was found driving [the] ambulance, which blocked the first motorcade car,” said General SVR. 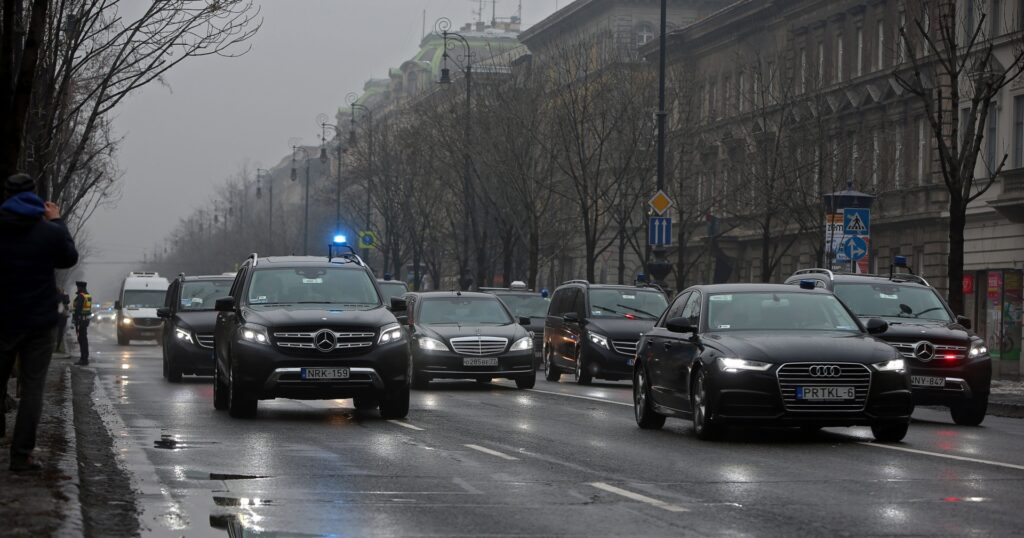 According to General SVR, this remarkable incident – the exact date and time of which have not been specified – was not reported in the media because Russian security agencies have classified the details. No other sources have reported the incident and the Russian government has not commented on the alleged event, raising doubts that it happened.

The Telegram channel further claimed that Putin’s bodyguards are under surveillance for possibly collaborating with the attackers, and at least three of the bodyguards who were traveling in the motorcade have “disappeared”.

Although she did not specify a date, the rumor is further undermined by the fact that Putin is not in Moscow, or Russia at all, currently – he is in Samarkand, Uzbekistan, where he has met Chinese dictator Xi Jinping on Thursday, apparently unharmed. by any accident.