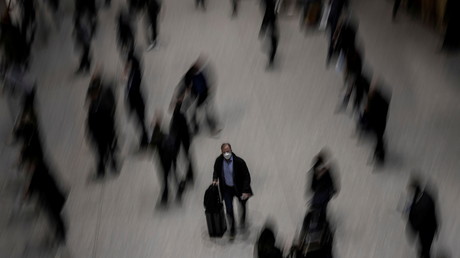 In Europe and elsewhere, several countries have announced restrictive measures concerning the arrival of travelers from southern Africa after the discovery of a new variant against which current vaccines could be “less effective”.

After the discovery in South Africa of a new variant of Covid-19 with an “extremely high” number of mutations, several countries have announced that they are suspending the arrival of travelers from several countries in southern Africa.

Paris reflects … then announces the suspension of arrivals from southern Africa

Matignon informed AFP that France had taken the decision to suspend flights from seven southern African countries, including South Africa, due to “the discovery of a new variant of the coronavirus particularly worrying ”. This measure, applied “for a minimum period of 48 hours”, also concerns travelers from Lesotho, Botswana, Zimbabwe, Mozambique, Namibia and Eswatini. “People who have traveled in the last 14 days in one of these countries are invited to report to the authorities and to perform an RT-PCR screening test as soon as possible”, also adds Matignon.

Earlier, government spokesman Gabriel Attal had for his part explained that Paris was considering possible measures in this direction, “if necessary”. “There are ongoing meetings, work in progress, and in the next few days if not the next few hours, we will see a little more clearly and we will obviously make decisions if necessary”, a he declared during a televised intervention in the morning.

“We know very little for the moment [de ce variant] information is being gathered at this very moment, ”he added, specifying that France was in contact with the World Health Organization on this subject.

British Secretary of State for Health Sajid Javid has indicated that all flights from South Africa, Namibia, Lesotho, Eswatini (formerly Swaziland), Zimbabwe and Botswana will be suspended from midday on November 26. “The first indications we have of this variant are that it could be more transmissible than the Delta variant and that the vaccines we currently have could be less effective,” said Sajid Javid. While no case of the new variant has so far been detected in Great Britain, London has announced quarantine procedures for all travelers who have recently traveled to one of the countries concerned. “And if someone has arrived from these countries in the last ten days, we will ask them to do PCR tests,” he added.

“The last thing we need now is the introduction of a new variant which causes even more problems”, for his part explained the German Minister of Health Jens Spahn who announced that his country is was preparing to refuse entry into the territory to foreign travelers from South Africa due to the discovery of a new variant of Covid-19. The measure must be effective from this November 26 in the evening and will concern “South Africa and probably neighboring countries,” said the minister.

Italy, for its part, prohibits entry into its territory to anyone who has stayed in southern Africa “during the last 14 days”, announced the same day the Italian Minister of Health Roberto Speranza, invoking “the maximum precaution” facing the new variant. The list of countries affected by this ban is the same as that announced in the United Kingdom. The measure follows a series of measures adopted mid-week by the Italian government. Rome has thus decided, among other things, to accelerate the booster dose of the anti-Covid vaccine and to introduce restrictions for the unvaccinated.

Italy, which has paid a heavy price with more than 133,000 deaths since the start of the pandemic, has for several days recorded more than 10,000 new cases daily, prompting the government to adopt these new measures to stem the rebound in contagions.

An upcoming proposal from the European Commission

On the morning of November 26, European Commission President Ursula von der Leyen announced on social media that the European executive was preparing to propose, “in close coordination” with EU member states, “l ‘activation of an emergency brake’ to stop air links from the southern African region in the face of the discovery of ‘a worrying variant’.

Tea @EU_Commission will propose, in close coordination with Member States, to activate the emergency brake to stop air travel from the southern African region due to the variant of concern B.1.1.529.

The European Commission is due to make a proposal to the representatives of the member states at a meeting scheduled for that day. “It will then be up to the Council to adopt such a recommendation,” as AFP reported.

Outside of Europe, other countries like Singapore have also announced restrictive measures on arrivals from southern Africa. In Israel, the Ministry of Health announced the detection in its territory of a first case of the new variant. On the night of November 25-26, Tel Aviv placed South Africa, Lesotho, Botswana, Zimbabwe, Mozambique, Namibia and Eswatini on its health “red list”.

Not all news on the site expresses the point of view of the site, but we transmit this news automatically and translate it through programmatic technology on the site and not from a human editor.
Facebook
Messenger
WhatsApp
Twitter
Google+
Posted by Jewel Beaujolie In World Last Modified 6 months ago 6 months ago

Fruit should be much cheaper this summer than last year

Hugo Gaston eliminated in the third round, there are no more French people in the running

Pont de l’Ascension: sunbathing in Cassis, where tourists and locals enjoy the weekend