Average home prices rose 4% year-on-year between January and March, a study found. According to The Housing Price Tracker Report, published by CREDAI, Colliers and Liases Forases, the NCR housing market saw the biggest rise in prices during this period.

In terms of absolute numbers, it is no surprise that the Mumbai Metropolitan Region (MMR) continues to host the most expensive houses in India, with the weighted average price of an apartment at 19,557 rupees per foot. square, according to the report.

Given the pace of sales in the post-pandemic months, India’s overall unsold stock declined by 1% between January and March.

According to the data, Bengaluru’s fast selling clip saw the city record the biggest drop in unsold stocks (23%) compared to the rest of the country. As it stands, Mumbai accounts for 32% of all unsold homes in India, followed by NCR (18%) and Pune (14%). 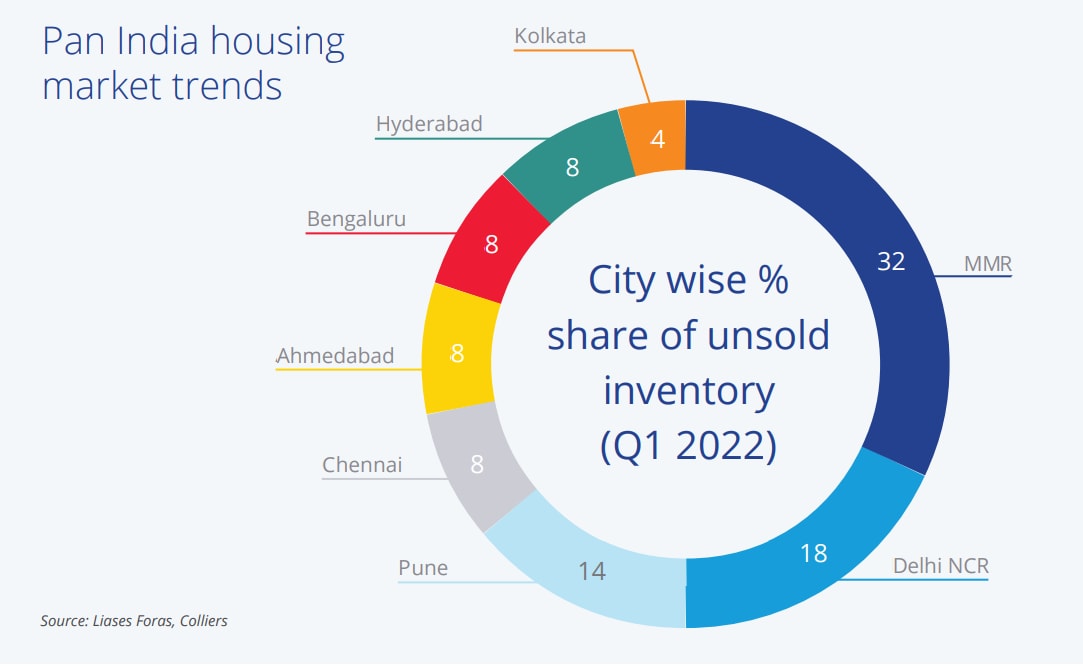 Analysts say they expect prices to rise as the year progresses. “We expect credible developers to see higher sales this year as end users pay attention to developer reputation,” said Ramesh Nair, CEO (India) of Colliers. “There may be a significant price increase over the next 6-9 months, in the range of 5-0%, in most markets.”

A range of reasons have been put forward for the steady rise in property prices, ranging from demand-driven increases to sudden spikes in raw material costs caused by supply chain tightening. Still, the developers say there are prospects for lower prices, provided commodity prices see some reduction.

“CREDAI sincerely hopes that manufacturers will pass on price reductions to end users,” said Harsh Vardhan Patodia, President of CREDAI National. “This will help property developers offset the increase in construction costs over the past two years, which will help potential buyers.”

Rising cybercrime, people’s mindset and case registration are the issues

Microsoft is preparing to end support for Windows 8.1 next year

Viacom18 and Maruti Suzuki on the rise in OTT consumption; Eno celebrates 50 years in India

More Daly: Markets valued 75 basis points in July, let’s get that increase in