The IRS said it inadvertently posted the confidential information of 120,000 people on a public website before discovering the error.

The the wall street journal reports that the IRS recently said it accidentally released generally confidential information about about 120,000 people before it discovered the error and removed the information from its website. The data comes from Form 990-T, which is often required for people with Individual Retirement Accounts who earn certain types of business income related to those retirement plans.

US President Joe Biden delivers a primetime speech at Independence National Historical Park on September 1, 2022 in Philadelphia, Pennsylvania. President Biden spoke of “the ongoing battle for the soul of the nation”. (Photo by Alex Wong/Getty Images) 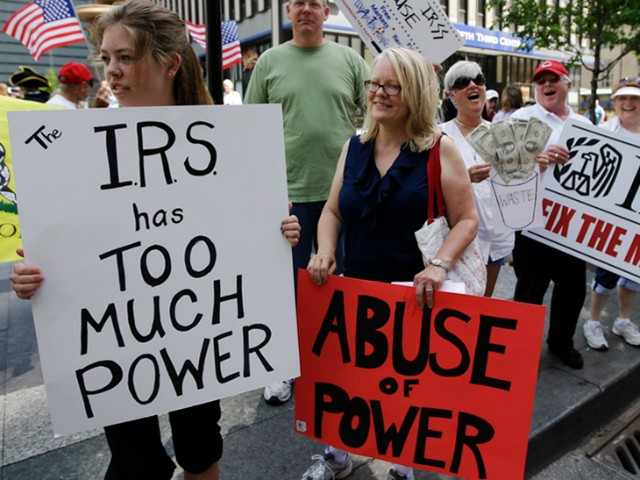 In this May 21, 2013, file photo, Tea Party activists demonstrate in Fountain Square before marching to the John Weld Peck Federal Building in Cincinnati to protest the Internal Revenue Service’s targeting of conservative groups seeking to benefit from a tax exemption. (AP Photo/Al Behrman, File)

Those who use Form 990-T generally include people whose IRAs are invested in master limited partnership real estate or other income-producing assets. Form 990-T details typically include names, contact information, and income financial information.

The form did not include Social Security numbers, complete individual income information or other data that could affect a taxpayer’s credit, according to the Treasury Department. The administration also reportedly sent key members to Congress on Friday to discuss the leak.

The forms are meant to be confidential like most individual tax returns with the IRS, but charities are also required to file Form 990-T and these filings are meant to be open to the public. The IRS and the Treasury Department blamed the problem on a human coding error that occurred last year when Form 990-T began to be filed electronically.

The non-public data was accidentally included with the public data and was available for search and download on the agency’s website. The The Wall Street Journal, which regularly analyzes the tax returns of nonprofit organizations, downloaded some of the data before it was deleted.

Anna Canfield Roth, the Treasury Department’s acting assistant secretary for management, told lawmakers in a letter Friday, “The IRS continues to review this situation. The Treasury Department has asked the IRS to conduct a rapid review of its practices to ensure the necessary protections are in place to prevent unauthorized disclosure of data.

Learn more about the the wall street journal here.

Lucas Nolan is a reporter for Breitbart News covering free speech and online censorship issues. Follow him on Twitter @LucasNolan

Not all news on the site expresses the point of view of the site, but we transmit this news automatically and translate it through programmatic technology on the site and not from a human editor.
Jeoffro René4 weeks ago
Facebook Twitter Tumblr Pinterest Reddit