The World Economic Forum’s (WEF) Young Global Leaders Forum is a platform where young minds between the ages of 30 and 40 come together to discuss solutions to global challenges through new models of public-private cooperation. It was founded by Klaus Schwab, founder and executive chairman of the WEF, in 2005.

Each year, 110 young leaders are selected by the forum, from diverse backgrounds, nationalities and areas of work, including green energy, health equity, refugee rights and human rights reform. education, among others.

The sessions of these leaders will be closely monitored

Bansal runs the award-winning social enterprise GHE, which combines technology and tourism. Under Bansal’s leadership, GHE has worked for the solar electrification of villages, schools and health centers across India. Sustainable rural development is its field of intervention. In fact, he is an adviser to the Indian government on sustainable rural development in the country.

The leader of the Aam Aadmi Party (AAP) was honored as a “young global leader” for 2022 by the World Economic Forum (WEF) in April. A chartered accountant by training, Chadha began his political career during the popular anti-corruption movement in Delhi. He quickly became a full-time party worker. Eventually, he won the elections and reached the Delhi Assembly. A holder of the Delhi government’s water department, he has made cleaning up the Yamuna River one of his top priorities. 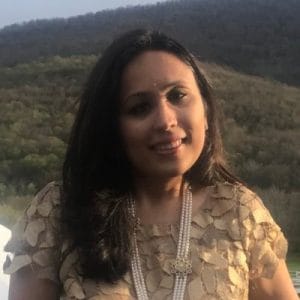 Gupta manages assets worth around Rs 65,000 crore. She is the only female CEO to run a mutual fund company despite the presence of more than 40 such establishments in India. Known as the “broken neck girl”, Gupta is an inspiration to many. She has also written a book “Limitless: The Power of Unlocking Your True Potential”.

Para badminton champion Manasi Joshi has been listed as the 2020 Next Generation Leader by TIME magazine. In 2011, his leg had to be amputated after a traffic accident. Since then, she has defended the rights of people with disabilities. In 2020, she was ranked no. 2 in women’s singles in the SL3 category.

He is a medical professional turned serial entrepreneur and angel investor. In 2012, he left his medical practice to become an entrepreneur. A year later, he developed and sold his start-up Alive App to the Bennett and Coleman Group (The Times of India). Today, his company Innov8 Coworking is one of the largest shared office providers in India.

Through her work, she solves problems of access to health care in Pakistan through technology. She won the UNICEF-Global Goal Campaigner Award in 2016 and the Arpatech Young Entrepreneurs Award in 2017. Her company works to create quality, cost-effective, ICT-enabled healthcare solutions for people. 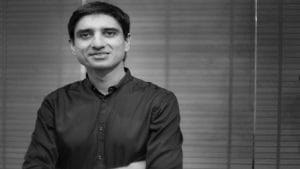 He has worked for companies in the consumer (FMCG, Retail), energy (utilities, cleantech) and financial services sectors. Sameer successfully led McKinsey’s cleantech practice for South Asia and energy practice for India. He has also worked with institutional investors and was an early investor in consumer, consumer technology, fintech and SaaS companies.

As part of his work, he works in crucial areas including civil service reform, climate change, agriculture and Digital Pakistan. He also worked on several public sector reforms and transformation projects during his time at McKinsey & Company. He was also responsible for project management for the digitization program of the National Bank of Pakistan.

ECB Kazaks: 25 bps in July, 50 bps in September is the baseline scenario

After 5 years of Gst, these are the challenges that remain