Attention to detail and accuracy guided the work of Fanny Cheryou, journalist for The Cross The Weekly, disappeared on October 22, at only 32 years old. Et there was only the long time of immersion to give his report all the necessary depth. The reporter profession has just lost one of its finest feathers.

Fanny Cheyrou’s permanent concern was the margins of society, “his constantly renewed attention for the poorest, the abandoned, the undocumented”wrote Jérôme Chapuis, editorial director of The cross in an editorial that paid tribute to the reporter, on October 24. The margins of a society centered on itself, and which nevertheless say a lot about this so-called society.

Fanny Cheyrou was not satisfied with the easy and the binary, the pre-chewed which can be explained in three lines, the synthesis pushed to excess, to facilitate understanding, with the risk of taking shortcuts which are a distortion of reality. To approach authenticity, there are only gray areas, the exploration of paradoxes, nuances. And for the report to carry this reality on the ground, it must be part of the long term. That of immersion.

Eight-page articles, Fanny was already accustomed to them in the columns of the monthly Panorama, a report between grace and violence, on the daily life of the Sons of Charity, on the outskirts of Mexico City. In 2019, she will join the new team made up of The crossanother title from the Bayard group, but always with the same sharpness in the surgical approach to situations.

Immersion again and again with migrants. The single-parent homeless, these wandering single mothers with children, or those who give birth in the solitude of a room in a social hotel that one imagines sordid. Fanny told her this story, these mothers are made of flesh and life while they are reduced to figures and statistics in the prefectures. The homeless even in death with an immersion in the work of the collective “Les Morts de la Rue”. A work that had produced a lot of echo and struck the spirits. May these homeless people no longer be, in their misfortunes, invisible people or shadows on a sidewalk, shadows that slide into oblivion before disappearing from the surface of the earth.

And then, this meeting with two country nurses in a village in the Landes, in Saint-Perdon. What is the reality of medical deserts? And the crucial role of these two nurses who are much more than nurses, a relay for the inhabitants of the village, like the priest of yesteryear, or another essential figure in a rural community. Max and Ludo, Fanny followed them for three weeks for a report. And then she kept in touch with them. The story of a book was born, the immersion continued. And today, after Fanny spoke so well about their nursing professions, it’s Ludovic’s turn to talk about her in this column, her voice choking with emotion.

This recording is only a few hours after the funeral of Fanny Cheyrou, “a star among the stars”, said Ludo, but that we will continue to look at as a guide. “She embodied his subjects, analysis Marie Boëton, journalist for The Cross The Weekly who insisted on writing a few words as if to exorcise the pain of an entire editorial staff. 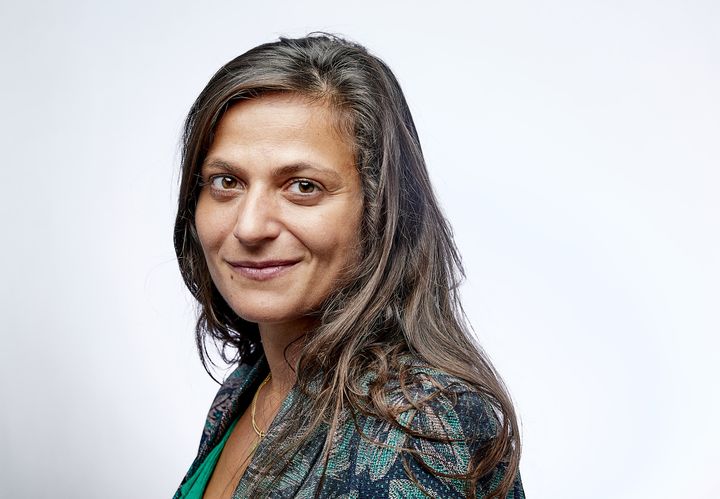 “Fanny was my office neighbor, and it was a whirlwind of joy. She was radiant, whole, absolute in her own way. She was a journalist apart; she didn’t just listen to the other, she knew the to hear. In truth, it is rare.

In her thirties, she had already wandered in all latitudes, from Senegal to Japan; she had been a journalist, editor-in-chief; she had published a book. Perhaps she had the deaf intuition that our passage on earth could be stealthy?

His life took a turn last year when the disease was announced. I remember her, then waiting for a definitive diagnosis, saying to myself: ‘I think I can hear everything’. No show, no emphasis in these words, just one of these huge sentences which she had the secret. She remained, always, vertical to herself, Fanny.

And even when the news from the medical front was not good, she ended her messages with: ‘But I keep my spirits up, I keep smiling’, and she added: ‘We’re not going to cry, huh?’. Illness made her travel in abysses of which we have no idea, but she always had, for others, these words which hoist, which elevate.

Until the end, she had this moral elegance. Elegance by the way: In her wedding dress, in the summer of 2021, you would have thought she had come straight out of a Visconti film. The remark had made him smile. A few months ago, she said to me: ‘Visconti, you know, it’s over. I look more like a little monk now’. But the elegance had not left her.

To those whose faith was more wavering than her, she repeated these broad and tolerant words: ‘From where you are, have faith in my healing’. She, as we know, always held herself upright in hope.

Aragon said: “We don’t die because there are others”. The others, today, it’s Jeanne who will pursue you in her own way. The others are all of us, whom you have inspired so much. Thank you, Fanny, for being who you were.”

Not all news on the site expresses the point of view of the site, but we transmit this news automatically and translate it through programmatic technology on the site and not from a human editor.
Facebook
Messenger
WhatsApp
Twitter
Google+
Posted by Malagigi Boutot In Europe - World Last Modified 4 weeks ago 4 weeks ago