The details emerging from the investigation into the storming of the US Capitol on January 6, 2021 are extraordinary.

But is anyone listening? Does anyone care? Or is American society so divided and compartmentalised that nothing will change opinion?

We went to rural Pennsylvania to find out. But first, a little background.

Read more:
A surprise last-minute hearing into the US Capitol riots has been announced to present new evidence

The purpose of the Capitol Hill committee has been to investigate what happened on that day in January of last year and in the months leading up to it. Basically, the committee examines the role donald trump played in all of this.

From the start, the committee was dismissed by Mr. Trump and his allies as a partisan witch hunt.

The panel is made up of seven Democrats and only two Republicans, which seems quite partisan.

But for those of us who tuned in to the prime-time hearings, it became abundantly clear: This is not a Democratic Party witch hunt.

One after another, the witnesses present to expose Donald Trump as a corrupt and dangerous cheater have been Republicans, conservatives at that; many of them were former allies of the former president.

This brings us to Kempton, Pennsylvania.

The target audience for the hearings is people like farmers Harry and Mark, whom I meet at the town’s annual summer fair.

“I think it was all orchestrated,” Harry tells me over a hot dog. He only saw excerpts from the hearings. “It was a Hollywood presentation of something that isn’t real.”

“I think this is all a witch hunt…” says fellow farmer Mark.

None of them will give their last name. They are deeply suspicious of “fake news media” and only agreed to talk to me after realizing I was not American – such is the state of things here.

These two men, in their 60s, are an inescapable target for those who wish to try to prove that Donald Trump remains a persistent threat to American democratic structures.

Mark and Harry aren’t lifelong Republicans, but were influenced by Donald Trump’s vision for America in 2016 and remain loyal to him today.

I proposed to them that the witnesses spilling the wick during the hearings be Republicans; White House insiders who saw Mr. Trump’s attempts to steal the election.

“Donald Trump has had people call themselves his friends, stab him in the back over and over again,” Harry says.

“Do you think he’s honest and transparent, given what you just heard?” I asked them.

Mark replies: “I think he has the interests of the country at heart.” 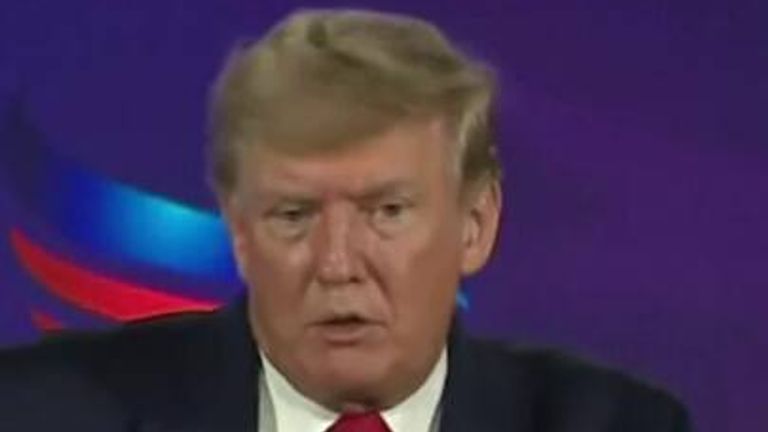 “A simple protest that got out of hand”

The first stand to welcome visitors to this small summer fair is jam-packed with “Trump 2024” merchandise.

The former president has left it hanging whether he will run for president in 2024. But here they would be delighted if he did.

“I truly believe he won the last election…with all my heart and soul,” the woman manning the Trump booth tells me.

A banner reading “Trump Won: You Know It, I Know It” adorns the wall behind her. This central, entirely unproven claim that Trump won the 2020 election has penetrated deep into communities across America. 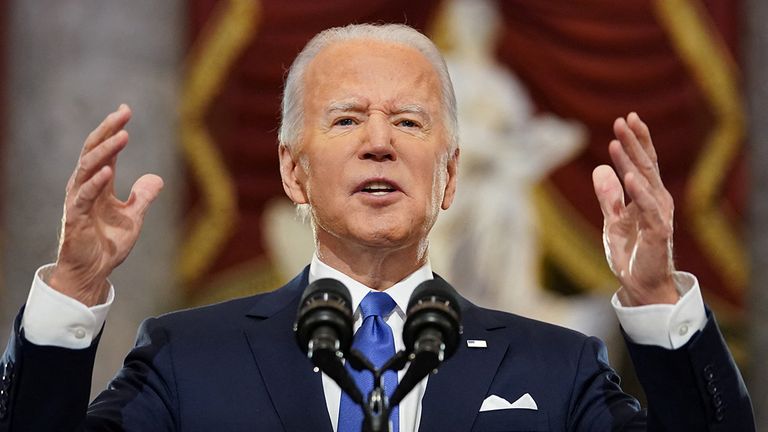 Biden: ‘He can’t accept having lost’

Investigations found no evidence to support this.

“I hope he shows up again,” another local, Sandy, tells me.

“And everyone else I know,” Sandy said.

“And they will all still vote for him? I ask.

“Oh, my God! Yeah. And the people who voted for Biden that I’ve heard about, they change. They change,” she said. 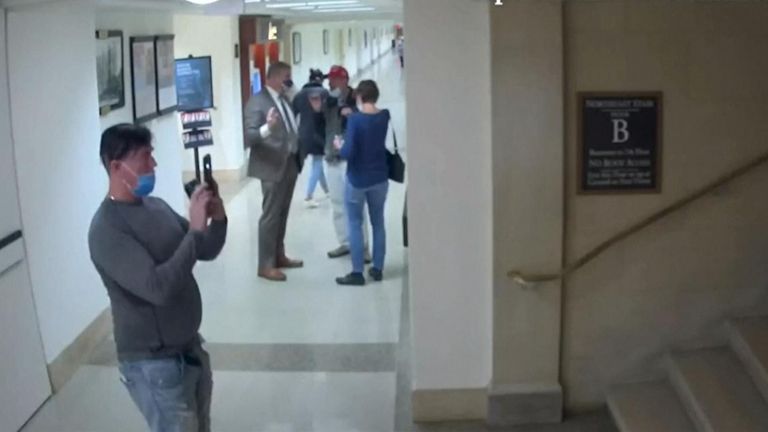 Donald Trump’s lingering appeal and tangible populist politics, combined with a bumpy 24 months in the White House for Joe Biden, suggest the midterm elections later this year will be dramatic, to say the least.

The enduring power of Trumpism in communities across this country is palpable. And with that, Mr. Trump’s apparent disregard for the rule of law and truth seems to have penetrated deep.

If they win, they will be in a strong position to interfere with the outcome of future elections or block the certification of elections, including the 2024 presidential race.

The search for the “truth”

The judge for the sheep shearing contest is Kelly. My conversation with her goes to the heart of the problems of this nation.

It’s immediately clear that she’s deeply skeptical of me as a journalist, but my foreign accent breaks the ice.

“As an American… how do you find the truth?” I ask.

“I find out the truth because I dig a lot myself. I’m on different apps with social media,” she says.

But that may not be the truth, I suggest.

“I think they need to have conversations with friends. I try to talk to my friends about what I think is going on versus what the mainstream media is telling us,” she says. 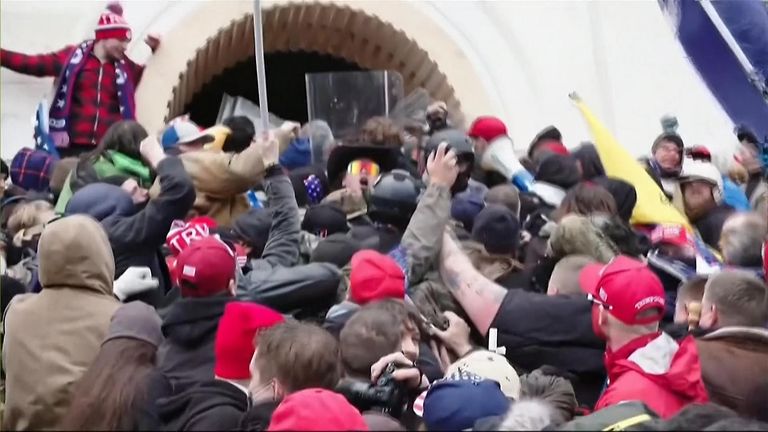 Like the farmers, Kelly won’t give me her last name.

She suggests that the FBI work with the Democrats. It’s crazy, but not unusual.

Kelly is among millions, in an echo chamber where conspiracy theories simmer.

It’s a place where Donald Trump continues to convince people that they’ve been robbed and can’t trust their own elections.

This places this country in a dangerous situation.

Not all news on the site expresses the point of view of the site, but we transmit this news automatically and translate it through programmatic technology on the site and not from a human editor.
Jeoffro RenéJune 28, 2022
Facebook Twitter Tumblr Pinterest Reddit

Dirty Harry at 50: the seminal and disturbing anti-hero of the 70s by Clint Eastwood | Clint eastwood | Top stories