This week, DeSantis flew about 50 illegal aliens to Martha’s Vineyard – a wealthy liberal enclave and the home of former President Obama who owns nearly $12 million in property on the tiny island off the coast of Massachusetts.

Liberal and Democratic activists, in response, denounced DeSantis for ferrying illegal aliens to Martha’s Vineyard, though they support Biden’s extensive Catch and Release network that brings thousands of cross-border commuters and illegal aliens into the streets every day. working and middle class American cities.

Christina Pushaw, a spokeswoman for the DeSantis campaign, said Biden voters on Martha’s Vineyard should open their homes — often empty except during the summer months — to newly arrived illegal aliens.

“Martha’s Vineyard claims to be a ‘sanctuary’ jurisdiction that welcomes illegal aliens,” Pushaw wrote on Twitter. “Most of these multimillion-dollar mansions are summer homes that sit vacant for most of the year. They can be used to house thousands of illegal migrants. It’s time to march, Biden voters.

The Obamas, for example, don’t primarily live in their Martha’s Vineyard vacation home. Instead, the family spends most of their time at their primary residence in Washington, DC — an $8.1 million estate in the exclusive Kalorama neighborhood.

On Martha’s Vineyard, the Obamas’ property has 29 acres, a private beach, seven bedrooms and eight and a half bathrooms. The residence alone could probably house up to 15 newly arrived illegal aliens while the acreage could house the remaining 35 illegal aliens in makeshift facilities.

Martha’s Vineyard claims to be a “sanctuary” jurisdiction that welcomes illegal aliens. Most of these multi-million dollar mansions are summer residences that are vacant most of the year. They can be used to house thousands of illegal migrants.

As the New York Times note, the overwhelming majority of wealthy Martha’s Vineyard residents are liberals who twice voted against former President Trump — in 2016 and 2020.

In 2016, for example, the towns of Martha’s Vineyard voted between 65 and 82 percent for Democrat Hillary Clinton against Trump. Then in 2020, voters on the island went between 70 and 88% for Biden against Trump.

Despite their support for Democratic candidates, the residents of Martha’s Vineyard have been almost entirely safe from illegal immigration. Massachusetts’ illegal alien population, which totals nearly 300,000, resides almost exclusively outside of the state’s wealthier areas like Cape Cod, Martha’s Vineyard, and Nantucket. 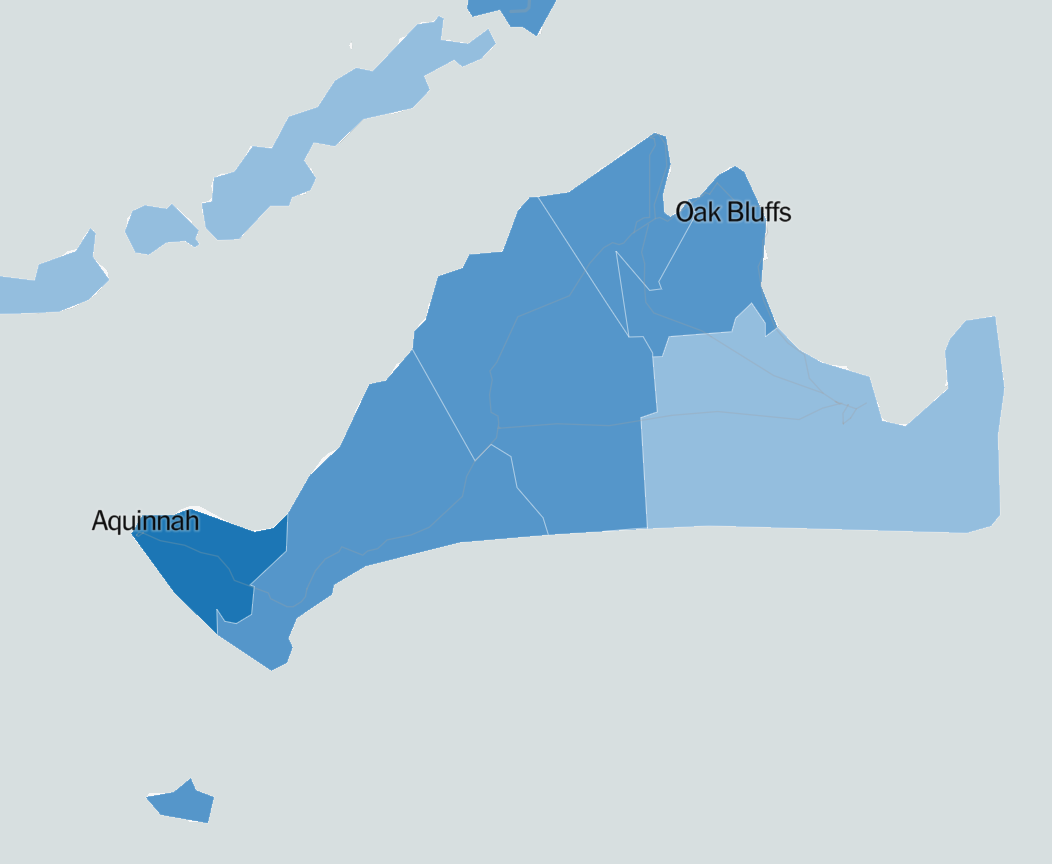 John Binder is a reporter for Breitbart News. Email him at jbinder@breitbart.com. Follow him on Twitter here.

Not all news on the site expresses the point of view of the site, but we transmit this news automatically and translate it through programmatic technology on the site and not from a human editor.
Jeoffro René3 weeks ago
Facebook Twitter Tumblr Pinterest Reddit

how do the “curtailment contracts” work, which the government wants to relaunch this winter?